The SWSF is the membership organisation for all the Steiner schools and independent Steiner Early Years settings in the UK and Ireland.

Schools in the UK & Ireland

The first school opened in Germany in 1919, the first in the UK in 1925. There are currently over 1,100 Steiner schools worldwide in 64 different countries, and nearly 2,000 Early Years settings in more than 70 countries. There are currently 27 in the UK & Ireland, and in addition we also support a number of independent kindergartens, childminders and new initiatives.

Steiner education is state funded in most European countries as well as in Australia and New Zealand. In the UK there is one state-funded Steiner Academy. The rest are privately funded but aspire to make their education available to as wide a community as possible.

Virtually all Steiner early years settings and childminders access the Early Years funding in order to offer this to parents of 3 and 4 year olds.

Steiner education is based on an understanding of child development that has its roots in a philosophy known as 'anthroposophy'.

The educational content of anthroposophy informs the work of the teachers; it is not a belief system and is not taught in our schools.

Since the first school was established the education has steadily evolved in response to changing times. It is known as Waldorf education in many European countries and in North America but is more frequently called Steiner education in the UK.

Steiner education has a proven track record (see our 'Does it work? Alumni and Testimonials' page for more details) for providing a sound and practical basis for working with children, enabling them to find their creativity and to become free individuals who can think for themselves, make their own judgments and find their own purpose and direction in life.

In 2019 we celebrated a hundred years of Steiner Waldorf education.
It is now the fastest growing education movement in the world. 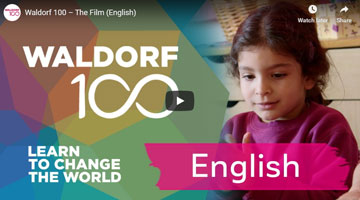